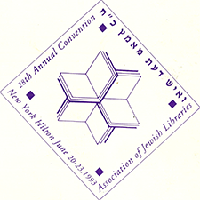 This list continues my earlier one, published in Judaica Librarianship, vol. 7, no. 1–2 (Spring 1992–Winter 1993), pp. 72–78. This list is also an update of my 4th edition of Library of Congress Subject Headings in Jewish Studies (New York: Association of Jewish Libraries, 1993).

The term "Jewish Studies" is defined broadly and includes Old and New Testament studies, rabbinical literature , Hebrew and other Jewish languages, Hebrew and other Jewish literatures, Jewish history (including history of the Jews in the Diaspora), Israeli history (including current events in the Land of Israel), geography of the Land of Israel, history of the early Near East (Assyria, Babylonia, etc.), and more. The list also includes headings that may be subdivided with the Religious aspects-Judaism subdivision and with the Religious aspects subdivision that may not be subdivided further.