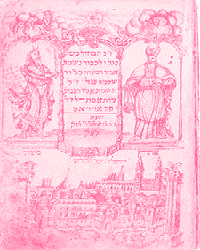 This column covers noteworthy publications, exhibitions, and activities of the Jewish National and University Library and other Judaica Libraries in Israel during 1997-2001. It highlights papers presented at the International Judaica Librarians' Convention in Jerusalem held concurrently with the International Federation of Library Associations (IFLA) annual conference held in Israel in 2000. Also reported is a summary of a symposium held at Bar Ilan University sponsored by the Israel Society of Special Libraries and Information Centers (ISLIC), siginifcant scholarly Judaica publications at the Jerusalem Book Fair in 2001, and notable additions to the Bar Ilan University's Wurzweiler Central Library.